Continuing the list of books which have made an impression over the last ten years(ish).

Until I Find You by John Irving 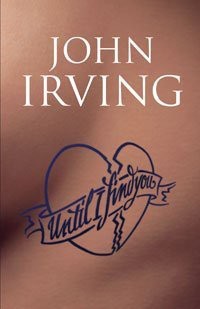 I’m not sure if this was the first book by Irving I had read and I’m not sure if it’s my very favourite as I have read all of them over the last few years and enjoyed them all. I suppose it was a toss-up between this, The Cider House Rules and The World According to Garp.

Until I Find You is a book about memory, the memories of the adult Jack of his childhood. The novel follows Jack from childhood, as the son of a tattoo-artist mother in Toronto, through to adulthood, taking in themes of abandonment by his father, abuse and the search for a family. Geographically it moves from Canada through parts of Europe to the United States. I found it rich and evocative with memorable characters and an engaging storyline.

If you like a good story well written I would recommend any of Irving’s novels.

We Have Always Lived in the Castle by Shirley Jackson 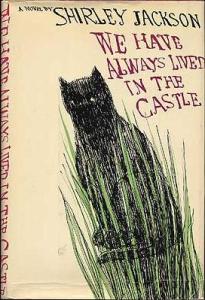 This is the story of the Blackwood sisters, Mary Katherine (‘Merricat’) and Constance, who live with their uncle, Julian, in a rambling house with extensive grounds near a village. The rest of the family died six years earlier, poisoned at dinner and, since then, Constance has not left the house. Constance was charged with the murder as she was the only one at the meal who wasn’t poisoned (the poison was in the sugar and she didn’t have sugar on her blackberries), but was acquitted at trial. Uncle Julian was poisoned though he survived, although his wife was one of the victims. Merricat wasn’t at the dinner as she had been sent to bed as a punishment.

Bit by bit the story comes out, partly through the notes uncle Julian is constantly making for his proposed autobiography. A cousin, Charles, arrives and begins to get close to Constance, although Merricat is suspicious of him. I won’t say any more about the plot as I don’t want to spoil it. It’s a strongly atmospheric story giving a strong and sinister sense of the house, the grounds and the two sisters. Jackson is a terrific writer and deserves to be much better known. She was an influence on, among others, Stephen King and Neil Gaiman.

I would also recommend her novel The Haunting of Hill House and short story The Lottery. END_OF_DOCUMENT_TOKEN_TO_BE_REPLACED

Our hero (We call him that not because he is particularly heroic, but rather due to him being the focus of these posts – I think there’s some vanity in there as well, after all he is the one writing this), has been called in by the Blog Administrator to deal with problems raised by his last post (which you can read here), where he went completely outside the remit of the blog. The meeting is taking place in the Blog Administrator’s office, which is not as luxurious as you might think, and does smell slightly of old blankets.

Blog Administrator: I take it you know why I’ve called you in?

Blogger: Something to do with your rules, wasn’t it?

Blog Administrator: Not my rules, the rules of the blog. If you look at the masthead it states quite clearly, ‘A lifetime of music, books, addiction and recovery’. Agreed?

Blog Administrator: You suppose so! Does it, or does it not, state at the top of the blog what the blog is about?

Blog Administrator: And does it say anything about cars and parking?

Blogger: No, but it was just something I ….. END_OF_DOCUMENT_TOKEN_TO_BE_REPLACED