*DISCLAIMER – all of the following is based on my admittedly faulty memory. To repeat the saying, ‘If you remember the sixties, you weren’t there!’

In the late sixties Steve had gone from group manager (The Mind Machine, which I will write about at some point), to light show creator. He has always been a creative whirlwind and if this was a superhero comic he would be the mad professor and I would be the trusty sidekick. Light shows seem to have come into being independently both in Britain and the United States. Pink Floyd were, as far as I know, the first British band to use a light show and, in America, bands such as the Grateful Dead and Jefferson Airplane were employing lights at the Fillmore and Avalon ballrooms in San Francisco (somebody correct me if I’m wrong).

Anyway, Steve had started playing around with various lighting effects in The Cellar, using an old slide projector. He had added a motorised drive so that when a circular slide was placed in front of the light source the motored rotated it causing the effect to change.  The main ones I remember were: 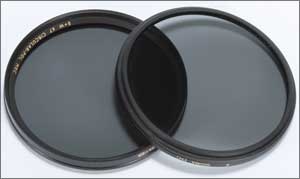 The lightshow was called ‘Mushroom Lights’ and consisted of two or three projectors, a collection of various types of slides, a number of spare bulbs for the projectors, Steve’s car and a varying group of assistants (or, to go back to the superhero metaphor, ‘sidekicks’). I remember one time Steve and I went down to London, I think to stay with our friend Jules, and going along to an electronics shop on, I think, Denmark Street, where Steve bought a whole pile of stuff; glass slides, sheets of diffraction grating, polarising filters etc. At that time it was very difficult to get hold of anything exotic or unusual so it was a case of make it yourself (in this case ‘yourself’ meant Steve, I was about as technically competent as the average iguana), or go to a big city to get it. So we came back with all this stuff which Steve then incorporated into the setup ready to take out to concerts.

Two shows I remember particularly; one was at Bolton Technical College where Family were playing.

We didn’t do the light show for Family, they were in the main hall, but Alexis Korner was playing in another hall and we did the lights in there, sneaking through to the main hall to see what the lights in there were like. They were good, very professional, but somehow this slickness meant that they weren’t very interesting. Our show, on the other hand, had a handmade quirkiness, giving the show an atmosphere and an unpredictability which drew the audience in. I suppose it’s a bit like a great deal of modern music; everything is perfect, notes are spot on and any imperfections in pitch are autotuned out, making the music sterile and uninteresting. This technical perfection means there is nowhere for me in it, nothing for me to latch on to. I suppose perfection is fine but it’s not somewhere you would want to spend much time. Listen to some older music, from the sixties for instance (my era). Most of it is full of imperfection, full of life (or is this just me being an old man? ‘Everything was much better when I were a lad…….’ Ah well, ramble and moan over.

The other concert was Fairport Convention at Lancaster University. I think this was in 1969, but I’m not absolutely sure. Sandy Denny was still with the group and it took place in one of the refectories. One thing I distinctly remember is that Sandy Denny didn’t like the lights. She seemed quite grumpy. I don’t think it was our lights in particular, I think she would have had the same reaction to any light show. This is the bit where my memory fails me; did we carry on with the lights anyway? Or did we stop the projectors and just watch the band? I’m not sure, but I think we turned everything off and joined the rest of the crowd to watch them play. They were good, no doubt about that. They did a stunning version of Suzanne by Leonard Cohen.  It’s strange, looking back now, thinking that a band of the quality of Fairport Convention would be playing in a relatively small college refectory. But the world was very different then. There wasn’t the obsession with celebrity, with famous people being separated from us mere mortals by some sort of invisible wall. You could talk to rock stars, walk up to them at the bar, buy them a pint, have a chat. Steve and I once bumped into Jimmy Carl Black (“My name’s Jimmy Carl Black and I’m the Indian of the group”) and Don Preston from the Mothers’ of Invention in a cafe in Manchester after a concert (I’ll write about this at some point). They were fine, happy to talk, not acting out this big ‘ROCK STAR’ thing. Them were the days!

You know what? I think I’m getting old.